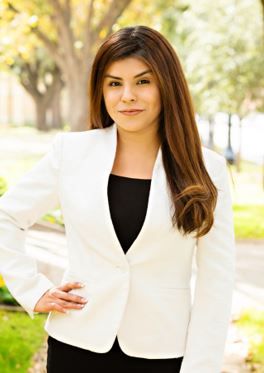 Rosaura Cruz, Executive Director, joined the Junior Players administrative team in May 2006. She graduated from the University of North Texas in 2006 with a BA in Theater and Criminal Justice. Her engagement with Junior Players is all-encompassing, she is a Junior Players alumna, was the 2003 Junior Players Texas Commission on the Arts summer intern and a former theater and dance teacher. Rosaura discovered her passion for the stage and arts education as a student in the Junior Players High School Shakespeare program from 1999-2002 while a student at Bryan Adams High School. Rosaura has held several administrative roles in the organization and served as the agency's Program Director from 2009 – 2015. During this time, she was responsible for creating over 100 contracts with various agencies and developed and implemented an array of arts education programs for a variety of educational and service organizations. In addition, Rosaura created numerous program initiatives such as the JP Alumni Council, co-produced PUP Fest with Kitchen Dog Theater, co-produced the High School Shakespeare Program and was instrumental in the development of the first winter musical, the critically acclaimed production of In The Heights in early January 2015. Since her new leadership role in 2015, she has led Junior Players through many new initiatives, including producing and broadening Junior Players artistic production seasons, co-creation of Junior Players Presents: The Transformation Project, arts-centric panel conversations, a myriad of community collaborations, the co-creation of the D-PAC (Dallas - Playwriting Arts Collective) collaboration, the conception of the Transformation Project’s Residency program and the creation of the 2017 Youth in Arts Panel: Create, Transform, Heal. She has a demonstrated history of working in the non-profit organization management industry. Rosaura is responsible for the overall direction of the agency, financial management and the hiring of all staff members, with direct oversight of all programmatic efforts. In addition to her administrative work, her artistic credits include work with theater companies such as Shakespeare Dallas, Cara Mia Theatre Co., WaterTower Theater and Project X amongst several others. In addition to her onstage work, Rosaura is also a commercial, film and voiceover actor represented by The Campbell Agency. Rosaura also served on the 2016/2017 Mayor's Star Council Leadership class, was the 2018/2019 Mayor's Star Council Development Chair and currently serves in an advisory role on the development committee. Finally, she also serves a Board member of The North Texas Hispanic Chamber of Commerce and is a member of Altrusa Dallas and is serving on the Service Committee.