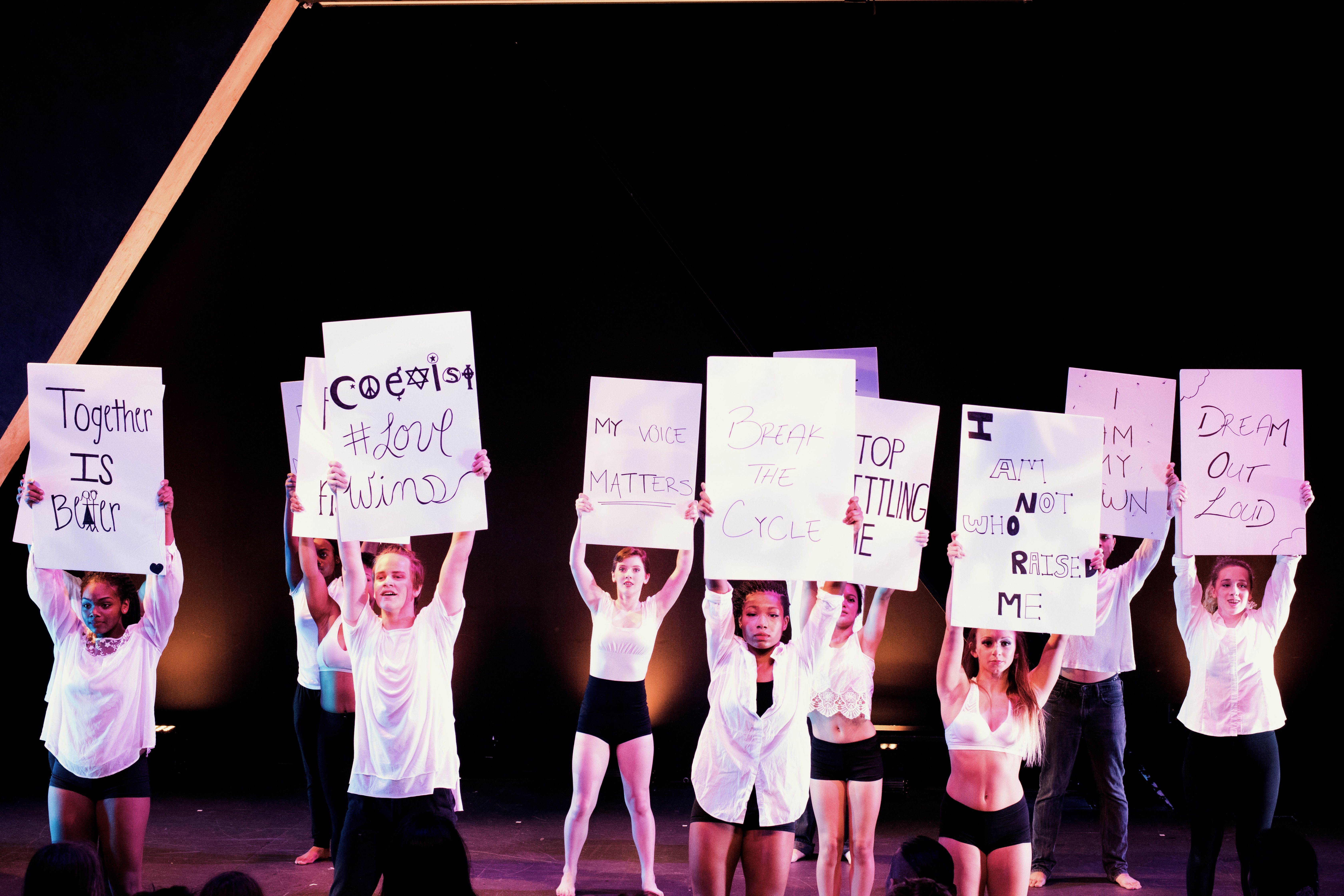 Based on the celebrated novel by Daniel Wallace and the acclaimed film directed by Tim Burton, Big Fish tells the story of Edward Bloom, a traveling salesman who lives life to its fullest… and then some! Edward’s incredible, larger-than-life stories thrill everyone around him – most of all, his devoted wife Sandra. But their son Will, about to have a child of his own, is determined to find the truth behind his father’s epic tales.

Overflowing with heart, humor and spectacular stagecraft, Big Fish is an extraordinary new Broadway musical that reminds us why we love going to the theatre – for an experience that’s richer, funnier and bigger than life itself.

The hauntingly beautiful musical, Dogfight, by Pasek and Paul and Peter Duchan, was praised by countless critics and nominated for numerous awards, winning the Lucille Lortel Award for Best Musical. Based on the 1991 Warner Brothers film, Dogfight takes audiences on a romantic and heartbreaking theatrical journey that stays with you long after the performance.

It's November 21, 1963. On the eve of their deployment to a small but growing conflict in Southeast Asia, three young Marines set out for one final boys' night of debauchery, partying and maybe a little trouble. But, when Corporal Eddie Birdlace meets Rose, an awkward and idealistic waitress whom he enlists to win a cruel bet with his fellow recruits, she rewrites the rules of the game and teaches him the power of love and compassion.

An ancient feud between the Montague and Capulet families disrupts the city of Verona and causes tragic results. Revenge, love and a secret marriage force the young star-crossed lovers, Romeo and Juliet, to grow up quickly — and fate forces them to an early death.

Junior Players Presents: Extinction is the fourth installation of a 5-year dance production series. This dance series provides a glimpse of what challenges exist within our teen communities and family ecosystems. Extinction will pair their light-hearted and life-altering struggles to music, stage combat and choreography for a thought provoking production performed entirely by a cast of North Texas' most talented teen dancers and movers. The issues are real, the teens are real and the experience is life changing.