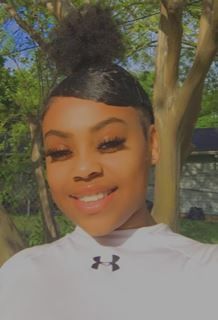 Sarah Houston’s artistic journey starts at age two with Suzuki violin, ballet, and studio art classes in Austin, TX. When her family moved to Dallas she added theater and began to perform in local productions with Dallas Summer Musicals. Sarah also has an interest in Film and received grant funding to attend the Austin School of Film where she completed a short documentary about gentrification in East Austin. A clip of the film was showcased at a youth film festival in Austin.  Sarah currently is a junior at Booker T Washington High School for Performing and Visual Arts where she focuses on theater management and costume construction. Most recently, she premiered a fashion line for the school’s fashion show “Strut” and was selected as assistant stage manager in her school’s “Ten Minute” acts and “One” acts production. Sarah also completed a fellowship with the Dallas Morning News.  Her article titled “A Community Built from Hope, Love, and Lots of Bricks” was featured in the Storytellers Without Borders Series. In addition to being an artist, Sarah is an athlete. She has played select soccer with Sting and FC Dallas and is a varsity player for the Carter High School Soccer Team.